There are ongoing debates about how entitlement in the young and old is inhibiting the progression of the world towards betterment. In business, the notion of “being entitled to your choice” is a dangerous one because it creates false realities and distracts people from doing what they should be doing.

Let me explain. When parents tell their kids “you can be anything you want” they plant the seed of limitless choice in their hearts. As children, we have no way to assess the validity of that statement. So, we believe it. And we think that we can build anything from it. With the vast amount of data we have at hand today, we can say one thing for sure: the real performers did not have a choice to do what they wanted, but they had the heart to focus on doing what they felt they had to do.

Have you ever heard of an apple seed deciding in the final moment of sprouting to be a pear seed instead? I have not. And neither has science. There must be a reason why nature believes in a set path of purpose.

Warren Buffet stills knows what his game is. He loves it, but he is wise enough to know what the limit to his freedom of will is. He is the first one to admit that he would be terrible at most things. But he has a natural knack for numbers, for reading them and understanding them in the context of the stock market. This is something he was equipped with by nature. It’s not something that he developed a craving for because he wanted to.

The German philosopher, Schoppenhauer, was early to study the nature of free will. And he asserted that the belief that there is a free will can be destructive to one’s development. Today, it is entitlement that is seen as having damaging effects on development. Many young people entering the workforce feel entitled to things they are not made for. So, rather than investing the time and energy into exploring what they really need to be doing (what is natural to them), what their tools, beliefs and passions are, they follow the path of trends, fashions and least resistance. If it is fashionable to have an MBA, they feel entitled to have an MBA. If the market seems in favor of real estate agents, people take the test, because they want a slice of the pie.

When we do this, we turn away from what makes us the greatest entrepreneurs in our own right and become “me-too” clones. We deny the world of our capability to build value. We end up joining the choir of sameness. I call this “willful destruction of value.”

It takes heart, courage and guts to walk the path you were born to walk because it might not seem like the most popular choice. Musical geniuses tend to have a hard time when kick starting their career because in the eyes of the general population, making music seems like such an impossible option for success. And yet, there are thousands of examples that come out marvelously.

Our classrooms teach entitlement, and so do many parents. And while they don’t mean harm, they can cause harm. Attention must be given to the entrepreneur inside of us that is waiting to be woken up, not to our ability to copy/paste existing “recipes for success.”

Find out what seed you have inside and invest your resources into bringing it out, rather than contorting yourself out of shape to follow the general narrative. 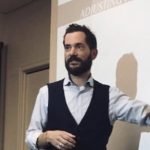